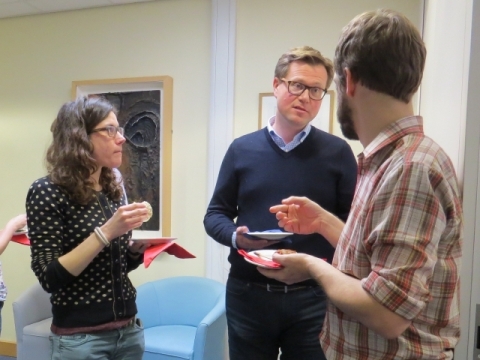 A wide range of topics was covered, from an update on allergens found inside a sporran [see image] to specific inhalation challenges with non-standard agents.

We were delighted to welcome four visitors from KU Leuven [three of whom are pictured right], who spoke on ‘Sarcoidosis in a dentist’ and ‘Breathing problems after an inhalation accident’.

We look forward to the next GORDS meetings, to be held in Sheffield on 14 June, and Manchester on 13 October.

GORDS members and further information can be found here.