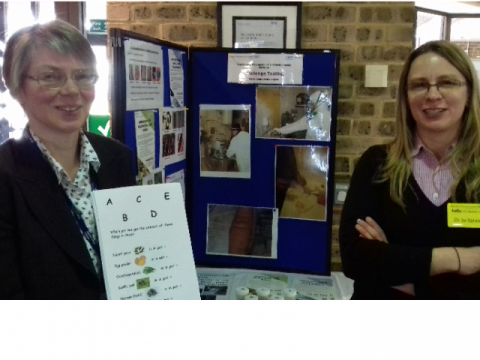 Jenny Welch and Jo Szram spoke to members of the public about their work with patients who develop occupational and environmental allergies and lung disease.  Visitors to their stall included members of Rare Alliance Canada, who were visiting from Toronto.  A class of schoolchildren, from the Oratory Roman Catholic Primary School in South Kensington, also stopped by - they particularly enjoyed the allergen quiz; including a number of 'interesting' extracts from workplaces such as a zoo!

Magda Wheatley and Jo Szram are pictured (right), in front of the stand.